Headlights are an essential part of the car often when the night falls. It is a challenging and scary experience with poor headlight while a whole lot of enjoyment if they are bright and of high quality.

LED and HID headlights are the headlight you want to have in your car.

Besides being bright and energy-efficient, they have more features that make driving your car around an activity to look up to.

Below we focus on in-depth information on these headlights which include: 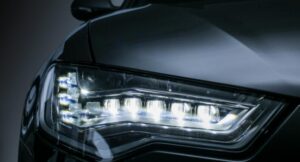 High-Intensity Discharge (HID) headlights have a highly unreactive xenon gas. The headlights do not contain filament but instead uses the available xenon gas to send an arc of energy between two electrodes to creating light.

The HID-headlights generally are used by drivers who wish to upgrade to brighter bulbs in their vehicles with projector-style headlights. Besides, they are ideal for those who want budget-friendly lights.

LED headlights standing for Light-Emitting Diodes are semiconductors that emit light when currents are passed through it as then-current follows the same direction. It contains a series of diodes in which an electrical current runs to emit light. These headlights require only a little amount of current to provide illumination.

LED headlights are mostly used by drivers during their daily activities at night. They are also used by top-end luxury cars and motorists for their benefits, unlike other headlights.

Which Is Better: HID or LED Headlights?

When driving in the dark, it is important to have efficient lighting for easier maneuvering. With options between HID and LED headlights, LED is more advantageous than HID.

Not only does LED provide the high intensity of beams without giving off glares, but also they are long-lasting. This is due to the usage of little electricity in the production of light.

On the other hand,  HID headlights produce high brightness though it produces glares that affect other drivers and they are not long-lasting thus unreliable as they can die off during your stroll.

Both types of headlights have been preferred due to how they perfectly illuminate during the nighttime.

In the case of HID headlights, they produce more brightness than the LED while they have a variety of color temperatures.

However, the lighting contains glares which are a disturbance to other drivers.

Through advancements in technology, LED headlight brightness has increased. On the bright side, it has no glares.

Without a doubt, when looking for a headlight, the lighting distance is a matter of concern. You wouldn’t want to buy a headlight that cannot light up longer distances.

For this matter, HID headlights are the most preferred source of lighting than LED. This is because it contains high/low beams and a projector lens that enables it to light longer distances.

On the other hand, LED headlights have a range of color options and do not have projector lenses. It gives adequate lighting to the area around even though it does not have a projector lens.

Headlights color is a paramount factor as it affects visibility at night.

HID headlight has a wide range of color spectrum. It ranges from yellow, ice blue, purple, crystal white and much more. The color temperature of the headlight is determined by the material used to generate the light High-Pressure Sodium, Metal Halide, and Mercury Vapor which utilizes different chemicals to make light.

On the contrary, the LED headlight has limited color temperature but the options are better than HID.

Different climates and seasons can affect the lighting of headlights.

LED headlights can work well in cold weather since they do not require heat in creation of light and working. However, if it snows, it might stick as there is no heat to melt it.

On the other hand, the HID headlights are better for all seasons as they are used in any adverse weather conditions like rain, snow, sleet, fog, or smoke.

Cost is a factor that needs to be taken into consideration when it comes to buying any item. Besides considering quality the product has to be pocket-friendly.

LED headlights may seem costly per initial cost, however, they require less maintenance while they have a very long life span.

On the other hand, HID is affordable but it’s likely to burn out faster thus cost of maintenance and buying a new one increases.

In conclusion, comparing both headlights, the LED light is cheaper than HID.

LED headlights have a longer lifespan than HID.

While the HID headlights can last for 2000 to 8000 hours, the LED lasts longer than that.

As long as it’s used in the right condition and how extensive it is. Thus, it will serve you for a long time without the need to change it.

A car, when lighting the way in the dark, requires the consumption of power in the engine. Therefore, a headlight should be energy efficient to reduce strain on the engine.

Among the two, LED headlights have more energy efficiency as they need very little power to produce light.

However, HID requires a considerable amount of power to lighten up the bulbs.

In this particular context, LED is more preferred than HID.

Safety is key to reducing accidents when lighting up the way at night. Both headlights contain enough brightness to light the sideways of the road as required.

However, HID headlights are much brighter containing glare which is a risk to other drivers causing accidents. In the case of LED, brightness has no glare thus safe to use when driving.

Thus, LED headlights are safer to use.

How to Upgrade HID Headlights to LED?

1. Open the housing of the car and locate an L-shaped bar at the top of the housing and slide it out of the socket holding it together.

2. Remove the housing holding the HID lights with two tags holding it in. Remove the bulbs in the low beam by turning it counter-clockwise to unlock.

3. Next, take apart a whole HID ballast by unplugging it from the power running from the car.

4. To unplug the wire connector, lift the tab and pull. Take the LED headlights and attach them to the separate driver coming with them.

5. Align the top tab of the bulb with the top tab in the housing, ensure to turn it clockwise to lock it in.

6. Then plug the tab of the LED headlights into the wire connector that runs from your car.

7. Reassemble the light assembly back together and turn on the lights to see they are working.

Is It Safe to Upgrade LED Headlights to HID?

Currently, their LED cannot be replaced with HID headlights. This rule is enforced to meet federal safety standards.

From the given information HID headlights are not considered safe due to their glare as they cause accidents while LED is safe. Thus, shifting back to HID would seem unsafe.

LED and HID headlights are not only the best type in the market but also excellently performing showing you the worth of your money.

From their light output, energy efficiency, color temperatures, and lifespan give them the feature any driver would require.

From the above information, you are informed about the best headlights in the market. Consider the following: